Alan Turing
Thinking Outside the Box

If you were ever one of my students, you would have heard a litany of various mantras that I created. One critically important mantra had to do with wanting my students to learn. However, learning isn’t related to repeating something someone else said years ago. That is merely repeating something as if it contained the gospel of truth. Thinking is up to the student’s usage of his or her brain.

Alan Turing was an excellent model of a thinker. Merely repeating something was an anathema to him. Turing was born in 1912 and died in1954. While his four decades of life were too brief, he accomplished much. Here are several of his accomplishments in his life. He broke the German enigma code. He was the father of computer science, which paralleled his work on artificial intelligence (AI). Turing’s Imitation Game, often called the Turing Test, dealt with AI. Turing was a suburb mathematician, codebreaking, cryptanalyst, and theoretical biologist. He accomplished a great deal in forty years.

Turing went to King’s College in Cambridge in the early 30s. In the mid-30s, he presented a paper, “On Computable Numbers, with an Application to the Entscheidungsproblem.” He envisioned a universal machine, which soon was called the Universal Turing Machine. Turing saw his machine as a long tape divided into squares that were either blank or contained various symbols. Turing machine could either read or write and erase the various squares. It was the forerunner of the modern computer.

And then, in the late 30s, Turing went to Princeton University, where he got his Ph.D. in mathematical logic. However, he returned to England at the beginning of WWII in Europe. He soon found himself at work at Bletchley Park. One of the major projects was to decipher the German Enigma code. There were several different Enigmas at the time. 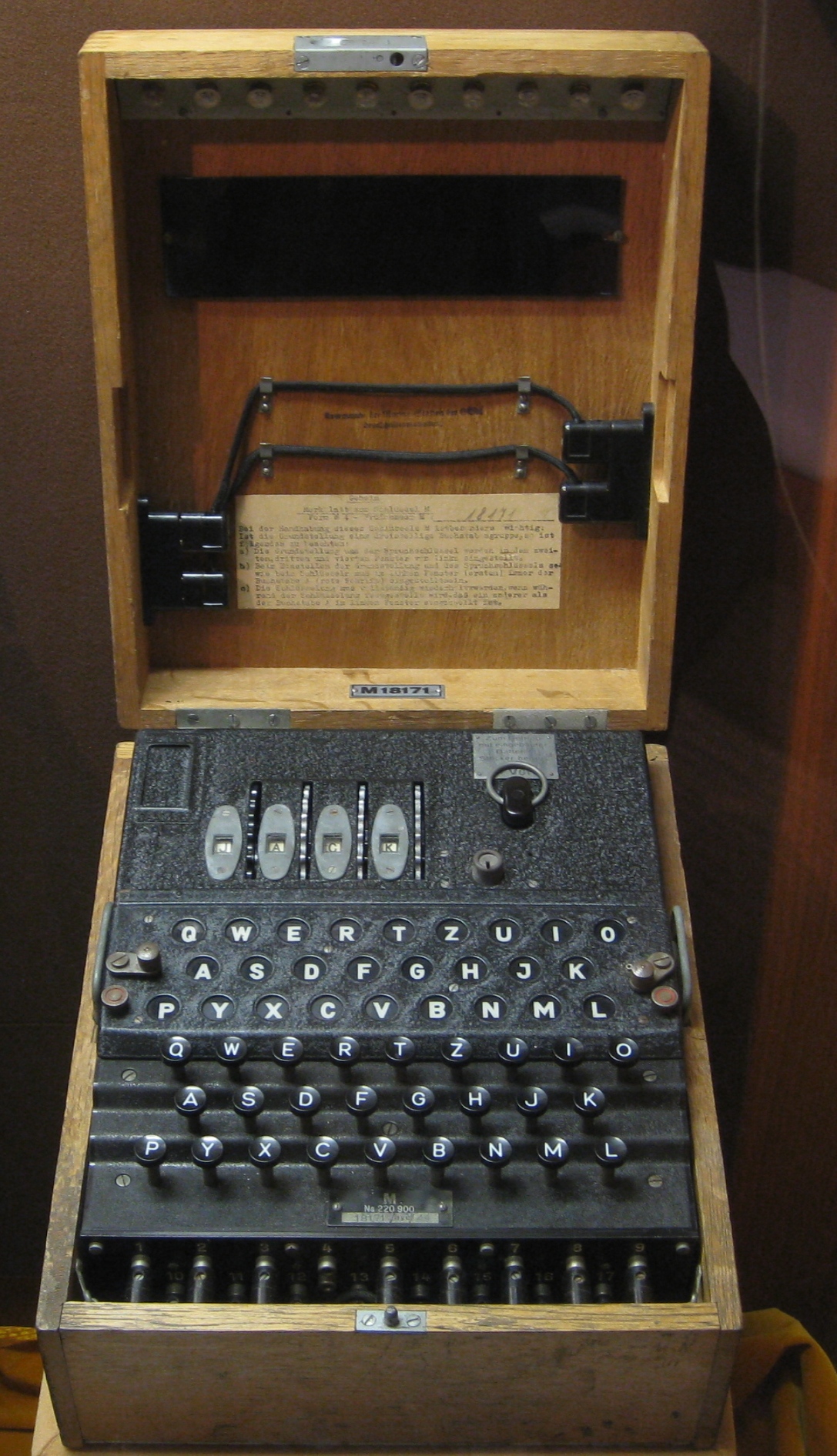 Turing’s ability to think outside the box allowed him to break the German Enigma in general and the Naval U-Boat Enigma in particular. This is a sculpture of Turing working on the Naval Enigma.

The Allies prepared for the invasion of Normandy, which required personnel, weapons, vehicles, food, and supplies from America. The German U-Boats formed wolf packs, which would search for ships from America in the North Atlantic heading for England. The U-Boats would signal each other, like wolves, and attack the merchant ships. Once Turing broke the Naval Enigma, the Allies could warn the merchant ships to avoid various areas of the North Atlantic.